BULKLEY DUNTON IS THE LARGEST PAPER DISTRIBUTION COMPANY IN NORTH AMERICA THAT FOCUSES SPECIFICALLY ON PUBLISHING.

As a top paper supplier to the publishing industry, we source and deliver the paper our clients need precisely when they need it, bringing cost savings, efficiency, and sustainability to the entire paper supply chain. Customers trust us to help them select the right paper products, as well as manage and optimize their paper procurement programs so they have time to do what matters most—advance their business.

THE TOP MAGAZINE, BOOK, AND CATALOG PUBLISHERS IN THE U.S. USE BULKLEY DUNTON AS THEIR PAPER SUPPLIER. 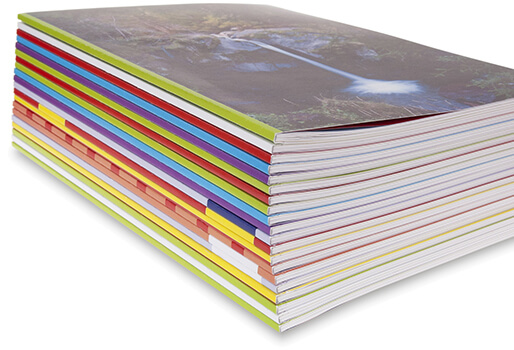 By separating paper purchasing from printing, we save Fortune 100 companies significant money and time. Bulkley Dunton is a leader among paper suppliers in developing unique agreements that protect against market volatility, so we can deliver consistent cost, quality, and supply. We provide deep market insight. We help our clients to be good stewards of natural resources. As paper suppliers for over 180 years, we know how to chart a course for your success.

We provide innovative supply chain solutions and deep insights into publishing markets, including:

LEARN MORE ABOUT OUR SPECIALIZATIONS

A PREMIER PAPER COMPANY SINCE 1833.

Bulkley Dunton has been a continuously operating paper company since 1833. Today Bulkley Dunton has global sales across the US, Canada, Mexico, and Europe and South America. We have significant supply positions with all key global paper manufacturers.

We are the paper brokerage business of Veritiv.
Bulkley Dunton is the paper brokerage business of Veritiv™ (NYSE-VRTV), a business-to-business distribution company specializing in Paper & Print, Packaging and Facility Solutions and Logistics. As a part of Veritiv, we can leverage our packaging and distribution networks to uncover potential avenues for consolidating spending across verticals, improving packaging, and identifying freight optimization opportunities.

See our most recent annual report.

John served as Regional Vice President – North Region for Veritiv, from July 2014 until being named to his current role in December 2015.  He has more than 25 years of experience in the distribution industry.  John began his career in 1987 as a sales trainee at a Unisource predecessor company and progressed to sales management before being promoted to a division manager, where he was responsible for several divisions.  He then joined xpedx in 1999 and served as a division manager in Philadelphia and Harrisburg.  John was promoted to Group Vice President, and in 2011, joined the xpedx corporate team in Loveland as Executive Vice President for Operations and Supply Chain.  He also served as Area Executive Vice President of xpedx’s Central Region prior to the merger. John earned a bachelor’s degree in business administration from Alvernia University in Reading, Pa.

Terry joined Bulkley Dunton  in May, 2016. Prior to moving to BD, Terry held various leadership positions in the Veritiv Family of Companies. He was most recently Veritiv’s General Manager of the Metro Atlantic Territory. Terry started his career as a sales representative for James River in New York City.  He has 30 years of experience in the Paper industry moving through mergers and acquisitions from Central Lewmar, to xpedx, and then Veritiv. Terry graduated from The University of Delaware with Bachelor of Science Degrees in Economics and Business Administration.

BD has over 20 sales representatives spread throughout North America with an average tenure in the paper industry of 20 years. Our paper experts have deep knowledge among retail, direct mail, book, magazine and catalog publishing, as well as specialty and technical papers. The team focuses on developing customized management solutions for our customers.

Our customer service team, comprised of over 20 individuals across 6 locations, works closely with the sales representatives to ensure we deliver excellent service to our customers. Many of these individuals have a paper manufacturing background with an average experience of over 20 years.

In over 180 years as a paper company, one thing hasn’t changed: paper is still powerful.

Founded in 1833, Bulkley Dunton is one of the oldest continuously operating companies in New York State, and one of the first to focus exclusively on the needs of publishers. Today, we are widely recognized as the front-runner in paper supply. Our unwavering commitment to the paper and publishing industries and long heritage has earned us the respect of leading publishing organizations and the world’s most trusted mill suppliers.

Why the ship?
Fast sailing ships carried paper from Europe to America when the country and our company were new. Today, we continue to connect our print customers with paper suppliers from across the globe.

2014 – Bulkley Dunton becomes part of Veritiv Corporation, which was formed by the merger of xpedx and Unisource Worldwide.

Reduce your environmental impact and meet your company’s unique needs for recycled and certified paper.

At BD, we are committed to our long tradition of conducting operations in a socially and environmentally responsible manner to preserve one of Earth’s most natural resources: paper. Because paper is a pivotal point in the supply chain, we can help you reduce your environmental footprint and empower you to choose the paper products that suit your needs.

Chain of Custody (CoC) Certified Paper
Customers rely on our knowledge of forest certification standards to make choosing, buying, and using CoC-certified papers easy. Since we represent all major mills, our extensive offering and huge variety of certified papers mean there are certified options available for every taste and budget.

Committed to environmentally responsible practices at the highest level
As part of the Veritiv Corporation, our values are focused on integrity and shaping success with our customer as one team. We ensure our operations and manufacturing partners across all business units are aligned with those values.
Learn more about sustainability at Veritiv >